I don’t know if you’ll be aware, but there was a bit of big news in the world of Josh Moir recently. I was successful in being awarded a proposal with Creative Dundee. The project is called ‘The Full Picture’ and me and three other artists are going to be looking at the barriers to creative practice in Dundee. If you want to read more about the project you can check out Creative Dundee’s Website for more information.

Obviously news of my past modelling career has started trickling out into the wider population and let me tell you, it’s about time.

I’ve started thinking about what I want to do, and I’m trying really hard to not just dive in and get started with my initial ideas. Other artists who routinely engage in research and work with social issues and social themes will know this struggle. Regularly an idea presents itself to you in the early stages in the project which is like a siren song, but it’s important to not get too tied up in it, lest it skew the research.

Instead I’ve been throwing myself into the research, and I’m really excited about it. My research at the moment is focusing on what I was originally calling ‘interviews’ but have now moved into calling ‘conversations’ as some of them take place. It’s been really illuminating and of the few conversations that have taken place up to now people have been bringing up really good points.

While some points I was already acutely aware of are coming up, I’m being thrown some curveballs which are really keeping me on my toes and are helping me to make sure that I’m not being too focused on what I think people are experiencing.

I’m also starting to think about widening up this conversation to the greater creative community in Dundee, and I’m starting to pull together my thoughts on how best to do this, but if you have any ideas I’d love to hear from you! The problems that we face as a community are challenging at the best of times, but with the COVID-19 situation continuing to develop and change the ways we work, and our accessibility to creative spaces it’s more important than ever that we pull together and make sure that all views in our community are fairly represented.

Creatives are facing unprecedented difficulty across the city at the moment, but we must not forget that creatives from disadvantaged social and economic groups are often disproportionately affected and we should all ensure that we are not leaving them behind.

Every creative, regardless of background or identity has a voice, and we should be striving to make sure that different voices across the city are represented as fairly as possible.

This period of research is really galvanising and energising me. For the last six months I feel like I’ve been community-less. I’ve been working in a silo of COVID’s making, made all the more difficult because I was coming out of a period of shielding, and to be honest with you, I still don’t feel all that comfortable going outside.

This is such a strong and potent driving force at the minute, and brings up a lot of more in depth questions about accessibility than I had probably realised.

Working in a social distanced and increasingly remote way might be preferable at the moment, and some would argue it should be preferable permanently, but for those of us in the Creative Industries it throws up a number of problems.

A prime example is Studio Space. I would love to have a studio, it’s a long standing dream of mines, and finally it seemed like I was on the way to dragging it into the waking world. I had an appointment to go view one that was within my price range, and seemed like it was going to be perfect for my practice, while also giving me room to expand and grow as an artist. The slot was booked; the deposit ready, and then the week before a letter dropped through my door from Catherine Calderwood telling me I was being grounded by the government 12 weeks for my own good.

So now I’m left working from home, which I feel bad complaining about because there are people who would kill to be in my position, but when trying to even complete a simple drawing becomes an exercise in pushing the limits of Feng Shui it’s incredibly difficult to get things done. I’m responding to this by working digitally more and more, but I’m really missing the feeling of real pencil on real paper, and sometimes I really just have to cut some Lino, or roll out some ink.

This is before we even start looking at things like broadband.

Ofcom’s Connected Nations Scotland Report from 2019 states that only 8% of Scotland’s households and businesses benefit from full fibre connections although the problem is not as bleak as some might initially think. The report states that 92% of households in Scotland have access to ‘super fast’ broadband connections, but where these super fast connections exist, only 48% of those properties use them. If the connections are there, but they’re not being utilised the question then becomes ‘why?’.

Accessibility doesn’t suddenly stop being a problem just because a connection is there but is not used. Most people would love to have the fastest connection possible, especially as more and more of our devices become WiFi enabled, but for whatever reason (affordability, lack of access to technology, lack of digital skills) the connection remains insulated from the circuit.

While writing this post I’ve just had a conversation with a friend who has been invited to interview for a new job, done over video-call, and is now spending the next couple of days trying to see if he can borrow a laptop with a webcam and microphone from someone so he can attend his interview.

We’re inundated with solutions to the immediate problems posed by the COVID-19 situation, but these solutions depend on so many factors that people who don’t struggle with access might not even consider.

What about you? Have you struggled to remain connected in this new socially distanced world we’re all living in? Are you finding working from home is increasing your productivity to never before seen heights, or do you miss the routine of the office? Does the thought of a group zoom call fill you with an existential dread you’ve not faced since you graduated?

I’d love to hear your thoughts, so please leave a comment below, or find me on one of my varied social media and strike up a conversation! 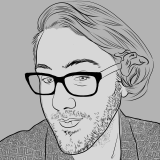